​Online and Practical Defensive Tactics Courses for everyone!

..Ignoring evil is evil too... 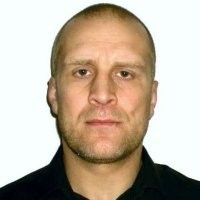 Arturas Pranckevicius
..Ignoring evil is evil too...It is time to declare a war on Sofa warriors - on guys, who give advice about Self-Defense and Stress Psychology when all their experience is only laying on a sofa (that is why I named them Sofa warriors).

original article of Sofa warrior is in Russian language :


I must apologize for all of you in the name of all Real Warriors that we didn't do it a long time ago.

We were busy working hard shedding sweat and blood (ours' and others').

We didn't take that sh..t seriously but we were wrong -evil must be stopped at the beginning and ignoring evil is evil too...

Sofa warriors - it's an official declaration of war on you.

...look carefully at your opponent...

Master:
..a little bit of Psychology (principles of managing crowds):

In order to do Analysis on Stress Environment, you have to be Tough Mentally and Physically.

Master:
If you can't do a Real Punch you have no chance to do a Misleading One.
Sofa warrior: (Master's Note: Translation is by meaning, original article much worse)
How to defend yourself

.. Fight is about to happen and there is no chance to avoid it?...Your opponent is ready to attack you?...Don't expect hold out straight punch...Defend your body and avoid punches... Take stance like a boxer in a ring: save your face and ribs from punches. Keep your stance wide-it will reduce chances of being taken down. Don't close your eyes during the fight. The closed eyes -that is guaranteed loss for you.You not even notice from where comes knockout punch.Defend your body. You are not a Rocky Balboa and this is not a fight in the ring.This is a battle with no limits...

I wish all of you interesting and useful training.

If you won't invest in to your Ability to Defend yourself you will become a Trophy of Your Assailant!

Life is a Battle and we all are Warriors.

The Winner is achieving a Victory.

To Win - You must Defeat Someone.

To Survive - not allow to Defeat Yourself.

I wish to all of you to became Invincible!